"Monster Blocks" is a module for Foundry Virtual Tabletop. It provides a character-sheet for the dnd5e system intended to faithfully replicate the appearance of NPC statblocks from D&D 5e books. This is accomplished through a combination of advanced CSS and text generation. Not only does the statblock look just like a book, it reads like it.

Used by about 8% of Foundry VTT users, this sheet is popular due to its simplicity and familiarity, while still being a fully featured digital character sheet. Monster Blocks is fully editable and supports all the automation that the Foundry software allows for. 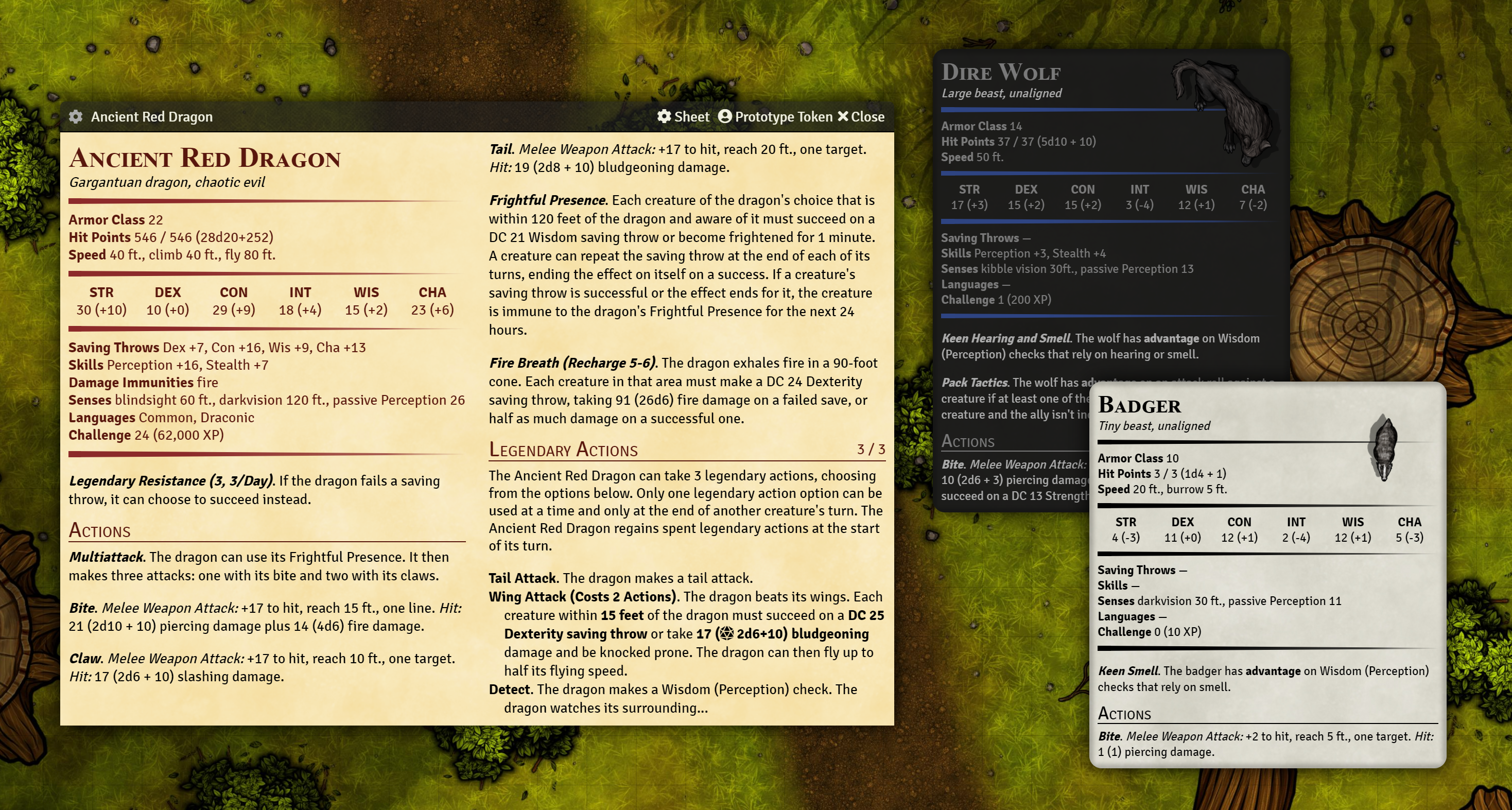 A website for a maker of high-end replica props and other CNC machined products, featuring a blog, storefront, and gallery.

"Deadlands" is a campaign settings for the SWADE game system. This is a conversion of the sourcebook into digital form for Foundry Virtual Tabletop. The chapters of the book were converted into entries in the digital "journal" of the software.

These entries would normally be displayed in a plain gray window, however with the right application of CSS they could be made to resemble the books they came from.

Additionally, the character-sheet for the SWADE system received a similar treatment, providing a thematic look and feel.

This is one of my oldest projects, but I'm very proud if it. I originally created this simple 2D game in Java and submitted it as part of a scholorship application. Later, I re-wrote it using the HTML 5 canvas (a fairly new technology at the time). The gameplay is identical, and I used my own same hand-made pixel art graphics.

Being so old, there are some issues... like being tied to the screens frame rate making the game far more difficult with a high-refresh rate screen. However, it still works quite well, and even supports touch - though I think it's a bit easier with a keyboard.